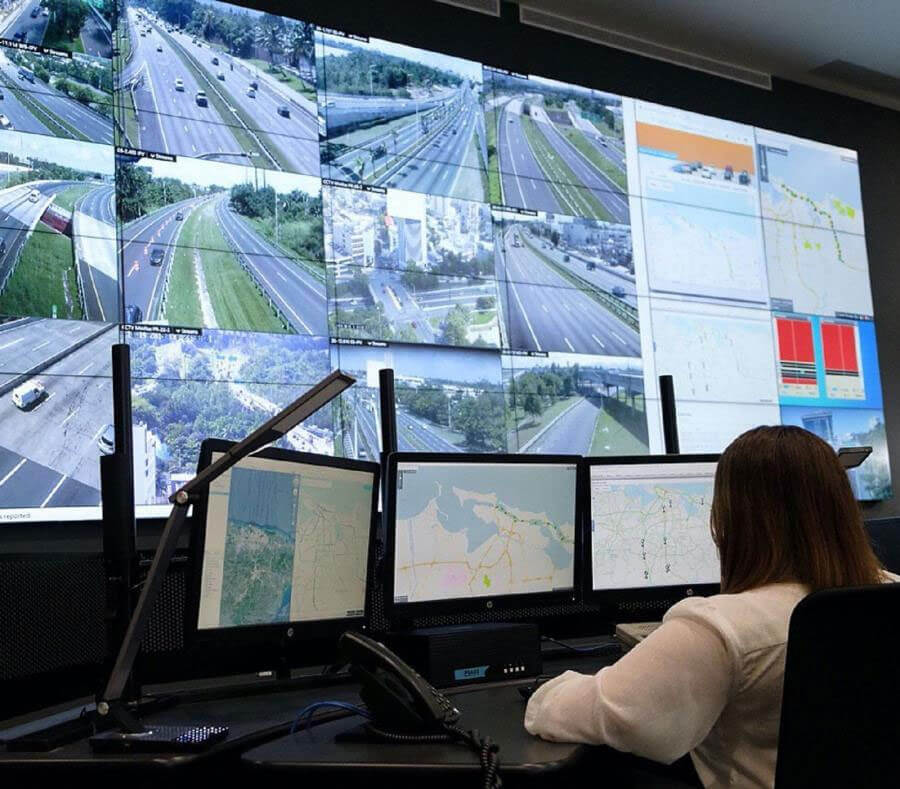 The government inaugurated today, Thursday, a center that allowed the monitoring and control of traffic – in real time – on the highways and expressways of the San Juan metropolitan area and, at the same time, faster and more effectively complete the response to emergencies and the communication with citizens.

The Traffic Management Center was built with an investment of $ 6.8 million from the Federal Highway Administration (FHA) and is located at the Caguas Norte toll station. At the moment, it is only connected to the Román Baldorioty de Castro express (PR-26).

“With this work, we not only benefit the rapid response of the agencies, but also how we adequately and quickly inform citizens,” Vázquez Garced said at a press conference, highlighting that the Center provides “useful tools” to monitor and detect traffic incidents –such as cars with mechanical defects–, accidents and traffic congestion.

“This allows us to take pertinent actions to make the roads safer and more efficient for drivers, saving time and space. If there is an accident, drivers can be notified immediately to take alternate routes, ” she added.

For his part, the secretary of the Department of Transportation and Public Works (DTOP), Carlos Contreras, pointed out that the Center “integrates components” of the Police and the Medical Emergency Corps, in order to improve coordination and incident management.

“We have great congestion in the metro area and, every time an accident or incident occurs, that congestion worsens. This is a project that we have been cooking for a long time, since the 1990s, and it was about time we had it ready, ”Contreras said.

Along these lines, Michael Avery, associate administrator of the FHA in Puerto Rico and the Virgin Islands, said that, with the Center, the country “moves to the 21st century” in traffic monitoring and control.

Aguilar specified that the Center will operate from Monday to Friday, from 6:00 a.m. at 9:00 p.m., although it is expected to operate seven days a week in January.

He added that the highways and expressways PR-52, PR-18 and PR-30 “would be projected” (would join) the installation between August and September 2020. “In the future, we plan to extend the Center to other roads outside the metropolitan area “, said.

Regarding the aspect of communication with citizens, the governor and the DTOP secretary indicate that drivers will be able to access the information of the Center through the agency’s social networks or on the dtop.gov.pr page.

Likewise, information on accidents, congestion or route time between one point and another, for example, will be projected on the variable message screens. On occasion, information will also be provided by radio. “We are presenting to the people the alternatives to keep them informed,” said Vázquez.

The Center will operate from Monday to Friday, from 6:00 a.m. at 9:00 p.m., although it is expected to work seven days a week by January. (Supplied)

Need a quick help
or have questions?